Being a landlord is no easy feat. Even under normal circumstances, it’s a relatively thankless job that involves constant maintenance. But if your property has been taken over by squatters, you’re in for even bigger problems. Let’s delve into who these individuals are, how to prevent or remove them, and why you shouldn’t deal with the aftermath yourself.

What is a Squatter?

It’s important to distinguish between a squatter and a tenant who refuses to leave. Squatters are not formerly legal occupants who won’t vacate the process. Rather, they’re individuals who have no right to be on your property. For example, they might have been let in by a former tenant and now feel they can remain in an apartment. Another scenario involves a person who has let themselves into an unsecured and unoccupied property and won’t vacate. Technically, squatters are trespassers — and they can be very difficult to remove, which is why you should do everything you can to prevent this scenario in the first place.

How Can You Prevent Squatters?

Although you may not be able to control whether a current tenant has visitors over, you can work a long-term guest clause into your lease agreements to ensure they’re accountable to certain terms (which would allow you to remove them as you would an evicted tenant). You should also conduct a reference check to obtain information from previous landlords; if long-term guests were a known problem, you may want to rent to someone else. If a property remains vacant between vacancies, you can prevent squatters by keeping the area as secure as possible. Ensure you leave windows and doors closed and locked and invest in a property security system (which might include alarms, lights, and security cameras) to deter trespassers. You should also make it a point to check on your vacant properties regularly and repair any surrounding fences or gates for the same reason.

How Should You Remove Squatters?

Of course, you can’t be everywhere at once. If there was any type of forced entry that resulted in trespasser activity, you can likely address this issue with the police and potentially have these individuals charged with breaking and entering.

However, barring that scenario, you might have to get a little creative. One way to remove squatters is to gain safe access to your property and change the locks. This option does present some difficulty, however, as you generally aren’t allowed to use violent entry to gain access if the squatter is on the premises and opposes your actions. Squatters do actually have certain rights, meaning you can’t physically remove them from your property yourself. If the squatter happens to be around at the time, you won’t have much luck with this option.

You can also go through a process in court to have these trespassers removed legally. This may take a while to resolve, but many squatters will choose to leave on their own and take their belongings before ever showing up for court. While this is certainly a hassle and doesn’t present an immediate solution, it’s an option that many landlords and property owners rely on. In some cases, you may actually be able to treat the squatter as a legal tenant and begin the eviction process. Once you have a court order or eviction in-hand, you should contact law enforcement if the squatters refuse to leave.

Eventually, your problem will be solved and the squatters will vacate. But what should you do once they’re gone?

How Should You Deal With the Aftermath?

In many situations, squatters will leave your rental unit in poor shape and with few options. If you’re tired of dealing with unoccupied units, you want to avoid cleaning up the squatter’s mess, or you simply want to wash your hands of the entire situation, you can actually sell your house to home investors.

Selling your house on the conventional real estate market can take a long time. In fact, the average length for a home sale is 65 days — or over two months. If you’re trying to get rid of a property quickly, that’s a luxury you may not have. What’s more, it would likely prove impossible to sell your house the traditional way if you aren’t in a position to clean up after the squatters have left.

However, that’s really not a problem for cash house buyers. When you sell your house to an investor, you won’t have to worry about making any repairs or even getting rid of trespassers yourself. Instead, our home buyers will buy houses in virtually any condition. That means you can sell your house without dealing with damage or any sort of mess on your own. Ultimately, that can reduce stress, frustration, and even health concerns for you and allow you to get a fresh start with cash in your pocket.

If you’ve been faced with squatter-related issues in the past or simply want to relieve some pressure, you may want to sell your house or rental property to an investor. That way, you can quickly move forward with your life and rid yourself of these types of negative situations in the future. We’re here to help you. For more information or to obtain a no-obligation cash offer for your home, please contact us today. 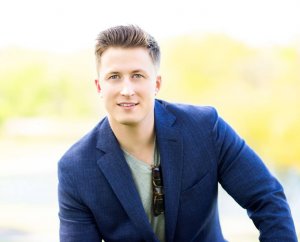 Listing vs. Selling To Us

Which route is quicker?
Puts more cash in your pocket?
Has less hassle?

“Even though I was living in a whole different state, they handled everything…”

“I came to Problem Property Pals to sell my house as I was not living there and I needed someone to take it off my hands. On top of this, I live in Georgia, and my property is in Philadelphia. Even though I was living in a whole different state, they handled everything and even got me a storage space until someone could pick up my things. Everything overall went well. They answered my calls and after settlement, I received my money within minutes, all while being home in Georgia.”

“Now 70 years old, this has been a huge lift off my shoulders…”

“I was dealing with a lot and my health was in bad shape. You guys were very patient and did not rush me at all. I did take a long time moving all of my stuff out as I have lived there since my son was 2 years old. Now 70 years old, this has been a huge lift off my shoulders and everything went very well and was very quick and to the point. Kayla was very sweet and always worked/communicated with me. Now I can finally relax and move on. Thanks, guys!”

“Selling my property to an investor was a wise choice…”

“My neighbor’s house had a fire, which ended up burning the top floor of my house. Selling my property to an investor was a wise choice I made as it allowed me to move to a nicer home and area. They were easy to work with and greatly helped me with my mortgage issues. It was a pleasure doing business with you guys.”

Get Your Fair Cash Offer: Start Below!